When The World Makes You Scared 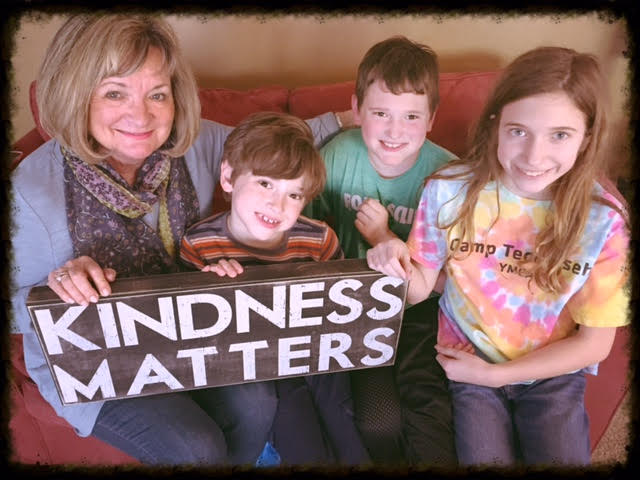 Oh, friends . . . My head hurts.
Since I last wrote, we’ve closed on the home where two of my three babies have lived since birth, moved into an apartment where we will remain for six months (with three kids and two big dogs!) and started summer with camps, lessons and practices out the you-know-what.
I’m tired. Really tired.
Not just physically tired but mentally and emotionally tired as well. I’m not going to jump on the bandwagon and wring my hands and lament about how our world is going to hell in a hand-basket because despite the fact that it might be, I still see so much beauty around me every day.
I see the evil, too. I’m no Pollyanna.
With a righteous anger, I hate what happened in Orlando. With a righteous anger, I hate the debating and back-lashing I’ve heard among believers and non-believers alike. And with a righteous anger, I hate the state of the upcoming election because really? Is this the best we can do?
It’s so easy to sit back and feel hopelessness. Despair. Loneliness.
Fear.
As I’ve said so many times before and must remind myself of daily:
Unhealthy fear is never, ever from God and always, always from Satan.
I know it’s not popular to talk about Satan. I know some who don’t understand the Bible will roll their eyes and proclaim that you’re just an out-of-touch-with-reality zealot. I know some would rather just talk about the grace part of following Jesus and not the truth.
Yet the fact remains . . . we must have the right balance of grace AND truth.
In the midst of the spewing anger and hate in a world that is so vastly different from the one I knew as a child, it’s easy to go to a place of panic. But in those uneasy moments, I’m reminded to look at what I can do.

I can teach my kids through example how to really love others with a sacrificial, unselfish love that is so often also very painful because gosh darn it, love hurts. It’s cliche for a reason.

I can speak truth over their sometimes scared hearts and reassure those wide, trusting eyes that we know how the story ends – and the ending is victorious.

I can pray, yes. Beyond a shadow of a doubt, prayer works. I can tell you testimony after testimony – my own and those of others I’ve been blessed to hear.
Yet God also expects us to do our part. In fact, Jesus often asked those He healed to do something. When He healed the blind man, He smeared clay over the man’s eyes then told him to walk to the river and wash it off. He expected the blind man to do something.
What should we do?
Listen to those we don’t want to listen to. Love those we don’t want to love. And slow the heck down and give ourselves some white space to work some of this hard stuff out.
And figure out that sometimes, we just need to shut our mouths. Not everyone needs to blessed with our opinion on every. Single. Little. Issue.
There’s a fine line between speaking-out and being a squeaky wheel. After a while, we get so used to hearing the squeak that we don’t actually hear it anymore – the squeak has become background noise. 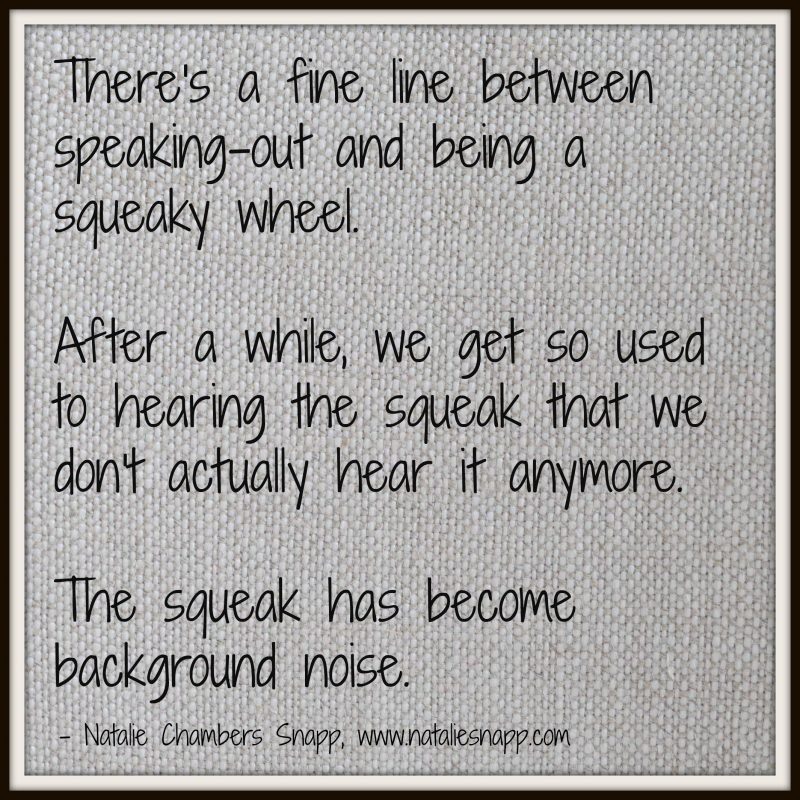 Why have I been so quiet lately? Well, truthfully, because my family has been wading through a crisis this past year and it has required me to drop everything and triage care the heck out of it. Thankfully, we’re out of triage but we’re still very much in rehabilitation. It will take time. Someday, I’ll write about it but not now.
I’ve finished the Heart Sisters Bible Study (and it will be released in February 2017!). I’ve moved. I’ve packed and un-packed, organized and re-organized, cried and laughed.
In others words . . . I’ve lived.
Yet I’ve missed this space here – this place where I can write stuff like this and know you’ll get it.
Thanks for sticking around. I’m back to writing but since we’re still in rehab, it may not be as consistent as it will be in August when those three sets of wide trusting eyes go back to school.
But I can’t stay away anymore. I’ve missed you all. <3